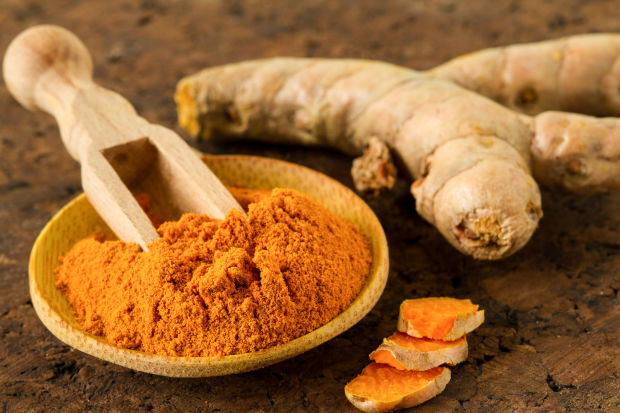 Get plenty of these 5 superfoods proven to boost mood.

1 | Turmeric is an antioxidant-rich root that boosts dopamine and serotonin levels. A 2015 study in the Journal of Psychopharmacology found that curcumin, the primary antioxidant component in turmeric, not only boosted cognitive function but also improved mood in study participants. Curcumin is best absorbed when combined with black pepper.

2 | Wild Alaskan salmon is rich in inflammation-reducing omega-3 fatty acids and muscle-building protein. Fish is often referred to as “brain food” because it supplies essential fats that allow brain membranes to perform at peak level, which is key for the regulation of mood.

3 | Yogurt & other fermented foods are rich in probiotics to help promote a healthy gut. A 2013 study from UCLA found that women who had eaten probiotic-rich yogurt twice a day for 4 weeks showed a significant decrease in brain activity in the neural networks that help control emotional and sensory behavior. The study authors concluded that the connection between your brain and your gut goes both ways – and what you eat impacts your brain’s sensory processing and emotion. This connection is why you may feel sensations in your gut (aka butterflies in your stomach) when you get emotional, and why probiotic-rich foods may temper those emotional responses.

4 | Coconut oil has been criticized by the medical community for its ability to raise cholesterol. But when it comes to depression, that may be a good thing. A meta-analysis in the Annals of Behavioral Medicine demonstrated that low total cholesterol is associated with higher rates of depression. Check out our resident nutritionist Jonny Bowden’s take on coconut oil, “Coconut Oil Is Not a Villain,” at cleaneating.com.

5 | Sesame seeds are rich in magnesium, a mineral that helps control your stress response. Sesame oil, on the other hand, is rich in tyrosine, which helps make NE.

Related posts
5 Supplements to Take Daily
November 13, 2017
Veg Protein Benefits for Women
November 13, 2017
Sustainable Seafood, Demystified
November 1, 2017
The 6 Best Fermented Foods for Your Gut
October 24, 2017
The 3 Eco-Friendly Laundry Products We Can't Live Without
October 20, 2017
Can Who You Are Predict What You Eat?
October 11, 2017
Train With Us
Book Your Complimentary Training