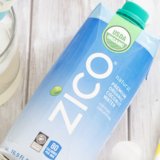 The following post was originally featured on Running to the Kitchen and written by Gina Matsoukas, who is part of POPSUGAR Select Fitness.

I’ve always been a very anti-supplement minded person. I’m just not about to spend hundreds on all these so-called magic pills, powders, juices, etc. out there on the market that basically promise you’ll become the healthiest person on the planet if you take them. Nope, no thanks. Move on to the next gullible person waiting for their miracle cure to turn their life around. I’ll be over here eating real food and at most, taking a multi-vitamin.

One of the things that my nutrition coach (see more about that here) recommended recently, however, was an intra-workout protein + carbohydrate concoction (which makes complete sense if you think about it) instead of my usual water. With 15 grams of protein and 45 grams of carbohydrates prescribed, I started researching what people were using on their Facebook group to reach that level of carbs in liquid form. What I found disturbed me. Mentions of Tang, sugary lemonade powders, fruit punches, etc. made up the majority of the list and therein lies my issue with a lot of the IIFYM (if it fits your macros) movement. I’m just not willing to sacrifice ingredients to meet macro-nutrient needs. A donut may be a carb but it doesn’t mean it’s the nutritional equivalent to a sweet potato. Same thing with liquids, powdered lemonade may have the sugars that make up the right carbohydrate levels for my intra-workout drink, but I’m sure as heck not ok with putting that ingredient list in my body six times a week.

So I’ve turned to a few healthy favorites such as tart cherry juice and my longtime friend coconut water instead when it comes to my workout drink.

Coconut water and I became BFF back when I got into running. No matter how much I tried to hydrate during long training runs, I’d inevitably end up feeling like complete crap, almost in a hangover-like state from dehydration (10+ miles will do that to you). Just 10 minutes after drinking coconut water though, I’d be back to normal. I joked it was my secret miracle worker to anyone who would listen and I still swear by it today as the best natural way to re-hydrate your body. Not all coconut waters are created equal though – be sure to check the labels: I like ZICO because it has just 1 ingredient: 100% natural coconut water with no added sugar. Recently, ZICO introduced a certified organic fair trade coconut water. As someone who cares about ingredient lists and ingredient sourcing, I was so excited to hear about this addition to their already awesome line up of coconut water (pineapple has been a longtime favorite). Just like their natural coconut water, ZICO 100% Organic Coconut Water has nothing added and nothing removed. Every pack helps support fair crop prices, community development projects and the farmers and producers behind the coconut water while still bringing five naturally occurring electrolytes to every sip. So now you can feel even better about getting your hydration on. It’s not just the hydration factor though that it’s got going for it, coconut water is a drink we should all be consuming and here’s why.

*Check out this post on how to make a homemade sports drink for an easy hydrating drink you can make in bulk and great use of coconut water.*