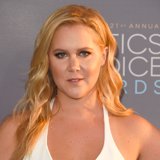 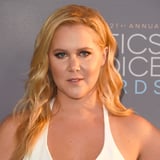 Ashley Graham and Amy Schumer are at the center of a conversation about body image.

In a recent interview with Cosmopolitan, Ashley opened up about her thoughts on being labeled as a plus-size model. She also shared her thoughts on Amy’s recent exchange with Glamour after the magazine published an image of Amy in a limited-edition plus-size issue alongside Ashley, Adele, and Melissa McCarthy.

Amy penned a note to the magazine stating that while she believes there is nothing wrong with being plus-size, it isn’t a category she directly identifies with – a comment that Ashley called a double standard. “I can see both sides, but Amy talks about being a big girl in the industry. You thrive on being a big girl, but when you’re grouped in with us, you’re not happy about it? That, to me, felt like a double standard,” she shared.

Both women took to Twitter to share their thoughts on the comments made in Cosmopolitan and sparked a conversation on acceptance and girl power. Read the exchange below.

I have the greatest respect for @amyschumer! So glad to be able to exchange thoughts, ideas & opinions w/ another incredible female force.