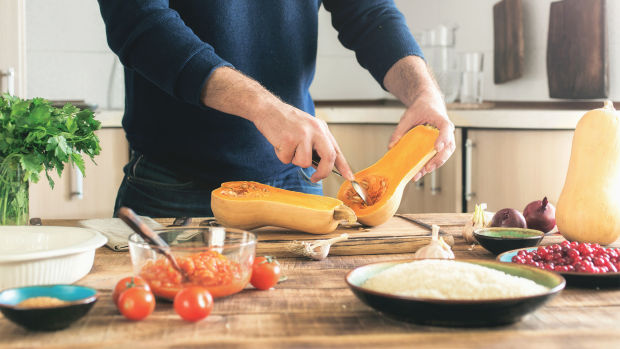 When it comes to predicting unhealthy eating habits, who you are might matter more than where you shop.

When it comes to predicting unhealthy eating habits, who you are matters more than where you shop. RAND Corporation researchers found that being older, male and college educated were linked with eating more fruits and vegetables.

Conversely, being male and not having a college degree were associated with greater consumption of unhealthy foods. The researchers studied the eating and shopping habits of two neighborhoods in Pittsburgh, both situated in a food desert, an area that has limited access to fresh produce and other wholesome foods. Participants were the primary food shoppers in their household and were predominantly women.

However, researchers found that men consumed more fruits and vegetables and more unhealthy food than women, and that this might reflect that men tend to eat more than women. “We didn’t expect that individual characteristics would be more important than where people shopped in predicting unhealthy food consumption,” said lead researcher Christine Vaughan, PhD. “There’s a popular notion that increasing access to healthy food will improve eating habits,” she says. “However, we failed to find the broad, positive effects on diet that were expected.” The researchers say that communities need to implement healthy-eating strategies that will change habits. Emphasizing nutritious foods in product displays may help encourage this shift. And, in some cities, taxing sugar-sweetened beverages has also been effective.