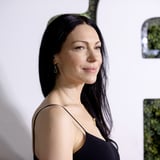 Laura Prepon is advocating for abortion rights by sharing her story. In light of the Supreme Court’s devastating reversal of Roe v. Wade on June 24, the actor decided to publicly disclose her prior decision to end a pregnancy in the second trimester once it became clear that the fetus would not make it to full term. Despite describing it as an “impossible decision,” Prepon expressed gratitude for the right to choose at the time.

“One of the worst days of my life was when I made the choice to terminate a pregnancy in the second trimester. The devastating truth is that we found out the fetus would not survive to full term, and that my life was at risk as well. At the time – I had the choice,” Prepon wrote on Instagram. “Everyone has their own story for seeking out this medical procedure and I empathize with anyone who’s been faced with this impossible decision. I am praying for all of us, that we can get through this challenging time and regain agency over our own bodies.”

Prepon’s disclosure was met with appreciation from her peers. Amber Tamblyn commented, “Thank you for posting your abortion story, friend. I love you.” Several of Prepon’s “Orange Is the New Black” costars also showed their support, including Yael Stone, Uzo Aduba, Natasha Lyonne, and Lea DeLaria, who wrote, “Thank you Preeps, for your courage. I love you. This fight is not over.”

Prepon paired her caption with a photo of herself backdropped by a rainbow. (The rainbow has in recent years become a symbol for children born after the loss of a previous pregnancy or baby.) Prepon currently shares two children with with her husband, actor Ben Foster: a daughter, Ella, born in 2017, and a son, born in 2020.

Losing My Pregnancy Made Me Even More Pro-Choice