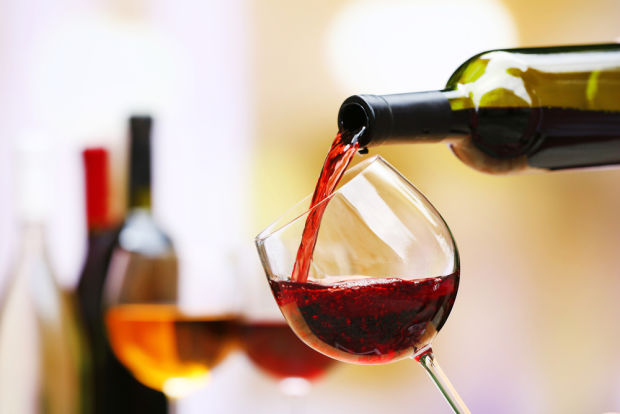 Dr. Jonny Bowden tackles the latest in medical trends, including shifting opinion on the benefits of drinking and over-the-counter heartburn medication.

Q: I’ve always heard that moderate drinking is good for the heart, but I recently read that it might not be so. True or false?

A: The notion that moderate drinking is good for the heart is, at this point, a cultural meme. I certainly grew up believing it, it was taught in nutrition school and it’s still widely taught today. A large body of research has shown over and over that people who drink moderately have lower risk of heart disease, and that led to the widely accepted conclusion that moderate drinking is actually heart-protective.

Now it turns out we may have been wrong. A new study review that examined 45 previous studies on the relationship between alcohol and heart disease concludes that there is scant evidence of the heart-protective powers of alcohol.

Only time will tell. There is now a huge $100 million US National Institutes of Health (NIH) clinical trial underway to determine if a drink a day can really prevent heart attacks. There’s some concern not only that the research is being paid for by the alcohol industry, but also that the alcohol industry was behind publicizing the notion that alcohol is good for you in the first place.

Right now, we just don’t know. As someone who hasn’t had a drink since 1982, I can only tell you my personal opinion: I don’t think I’m missing any health benefits by abstaining.

Q: My husband often takes over-the-counter heartburn drugs like Prevacid, but now I’m hearing that they’re not safe. Is this true?

A: Over-the-counter drugs marketed for heartburn or gastroesophageal reflux disease (GERD) include proton pump inhibitors (PPIs) like Prilosec, Nexium and Prevacid. PPIs are the most widely prescribed class of medications in the US and account for over $10 billion a year in annual health-care costs. But they are very far from innocuous.

Warnings about associations between PPI use and cardiovascular disease started surfacing a few years ago. In 2015, a headline on the mainstream medical website WebMD warned, “Popular Heartburn Meds Tied to Heart Disease Risk.” That was because of a study funded by NIH that looked at 300,000 adults with GERD. The study found that the risk of heart attack was slightly higher among those using PPIs. More research followed, linking PPIs to a 44% increase in dementia and an increased risk of kidney disease. And just this year, another study reiterated that PPI use could actually predict heart attacks.

Here’s my take on this. GERD – or chronic acid reflux – should not be managed by relying on drugs that reduce acid production. You need acid. With less acidity, many microorganisms that would normally be destroyed (such as Salmonella or C. difficile) can make it into the gut. What’s more, PPIs have a number of unintended consequences, such as shutting off acid production in lysosomes, which are important cellular structures that clear waste products. When exposed to PPIs, lysosomes don’t produce enough acid to clear waste, which in turn causes cells in the gut to age rapidly. Handle heartburn by changing the diet. The occasional use of an acid-blocking drug in an emergency probably isn’t going to kill you, but long-term use seems to me to be a potentially toxic Band-Aid solution. Chronic heartburn and acid reflux is not normal, but it can be helped by much more gentle and natural means than a drug. A good place to start: The Acid Watcher Diet (Harmony, 2017) by Jonathan Aviv, MD, FACS.

Q: What are “telomeres,” and why do they matter?

A: Telomeres are to chromosomes what plastic protective tips are to shoelaces. They’re literally little caps that sit on the tips of the chromosomes, protecting them from fraying. And they matter because telomere shortening is a sign of aging. Telomeres shorten every time a cell divides. When they get too short, the cell can’t divide anymore and ultimately dies, which is not what you want at all! Telomere length has also been shown to be a pretty good predictor of cancer as well as of mortality.

There’s an enzyme called “telomerase,” which actually helps prevent telomere shrinkage. Problem is, telomerase production starts to shut down as you get older. (Interesting factoid: Lobsters produce telomerase forever, which is why they can live ridiculously long lives – they die by getting eaten, by getting sick or of overexertion from exoskeleton shedding.)

Telomere length can be affected by myriad factors, including stress, inflammation, lack of sleep and smoking, all of which shorten telomeres, while research has indicated that exercise, multivitamin use and curcumin are all associated with longer telomere length. Curcumin has also been shown to induce telomere shortening in cancer cells (the only cells where you want short telomeres!). Take-home point: Even things that seem genetically destined are quite modifiable with lifestyle choices.