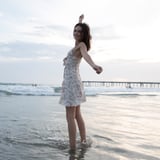 When was the last time you walked barefoot in the park? What about on the beach, or in your backyard?

It seems like a simple concept, but direct (skin) contact with the surface of the earth actually has powerful, life-changing health benefits. And no, this isn’t just for “hippies” – there’s some hard science backing it up.

Related: These Super Herbs Fight Stress, Give You Energy, and Promote Weight Loss

The concept is called earthing, also referred to as grounding. And, as mentioned, it’s simple: skin-to-earth contact. Your body receives energy and free electrons directly from the earth – kind of like how we receive energy from the sun, but this terrestrial energy comes from actual, physical contact.

Board-certified cardiologist and certified bioenergetic psychotherapist Dr. Stephen Sinatra is essentially an earthing evangelist and raves about the benefits of grounding in his video describing the concept. He calls it “caveman medicine,” which might resonate a little more with you Paleo dieters out there!

Dr. Sinatra also published his findings in a 2013 study about the powerful effects earthing has on the cardiovascular system . . . which leads us into the good stuff: what are all the benefits? Let’s take a look.

Ready to get started? Dr. Sinatra and several studies have referred to grounding and earthing as the “most primitive, easiest, cheapest way to create optimum health.” It costs nothing to try it out, and really, what harm is there in taking a barefoot walk in the park, strolling shoe-less along the beach, going surfing, or taking your shoes off in the backyard?