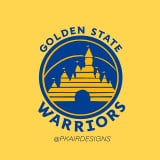 If all goes according to plan, the NBA will return this month, with 22 teams finishing out the season at a single site: none other than DisneyWorld in Orlando, FL. It’s pretty exciting news for sports-hungry fans, including Phoebe Williams, the artist behind PK Air Designs on Instagram. She was so excited for the return and inspired by the Disney-NBA crossover, she told POPSUGAR, that “I thought it would be a really fun idea to create mashup logos!”

Williams took the original logos of all 30 NBA teams and slipped in whatever Disney character she thought looked the best. “All of the characters . . . were chosen to match the aesthetics of the logo,” she explained. “Some of them don’t necessarily match the original logo, like Dumbo for the Hornets or Ariel for Miami Heat, but at a first glance they look like the original and that was my main goal!” Even then, some of the mascots match impressively well, like Woody’s cowboy boot for the Spurs and Lightning McQueen for the Detroit Pistons. Williams’s favorite? “Definitely the Timberwolves, because it’s my and my partner’s team! But I do also love the Phoenix Suns!”

Check out the full set ahead, and if anyone wants to make a petition to make these the official logos, you’ve got my signature.

Related posts
Roller Skater Oumi Janta Has Taken Instagram by Storm With Her Fun and Uplifting Skate Videos
July 2, 2020
Tennis Can Comply With Social Distancing – but Read These USTA Safety Tips Amid COVID-19
July 2, 2020
Coach Monica Aldama Confirms Cheer's Lexi and Gabi Will Return to Navarro For Another Year
July 1, 2020
The NCAA Trans Athlete Policy Was Groundbreaking in 2011 – But in 2020, More Must Be Done
July 1, 2020
Shawn Johnson Would "Go to Any and All Costs" to Maintain a Perfect Body in Gymnastics
July 1, 2020
From Soccer to the NBA, Here's When Major US Sports Leagues Are Planning to Return
June 14, 2020
Train With Us
Book Your Complimentary Training