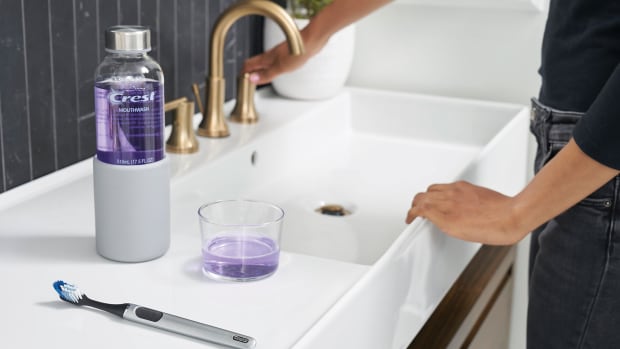 Brands are bringing back the “milkman model” to tackle the growing plastics problem. Will 2019 go down as the year consumers prioritize reusable packaging in the same way they do sustainably sourced ingredients?

The growing push to de-plasticize our lives has been one of the biggest stories of 2019. From a swell of legislation to a massive generational shift in priorities, the world seems to finally be waking up to the urgency of the problem: More than 32 countries and dozens of cities have now banned single-use plastic bags, and the EU has announced a ban on a range of single-use plastic items by 2020. Consumers are looking to shop more sustainably too: A recent Nielsen Global Corporate Sustainability Report found 73% of millennials (who are about to snatch purchasing power from baby boomers) are willing to spend more on brands that demonstrate a commitment to sustainable practices.

And not a moment too soon. Plastics production has increased exponentially over the past 50 years, and our addiction to plastic can now be seen nearly everywhere on the planet, threatening sea life, clogging waterways, overflowing landfills and even drifting through the deepest trenches of the ocean. According to The New Plastics Economy — Rethinking the future of plastics, a 2016 report by the World Economic Forum, Ellen MacArthur Foundation and McKinsey & Company, if this accumulation continues, by 2050 there will be more plastic by weight in the oceans than fish.

While every CE issue is brimming with everyday steps and swaps you can make to move closer to a more environmentally friendly life, the reality is that Mason jars and reusable totes can only get you so far. Meaningful, widespread change must also happen at the top. And that has been painfully slow – until now.

Bringing Back the Milkman Model

In the face of growing alarm around our disposable lifestyle (and feeling the pinch of their role in creating so much plastic waste in the first place), brands are testing reusable packaging in bigger ways than ever before. Earlier this year at the World Economic Forum, a novel shopping platform called Loop (loopstore.com) was launched, which aims to pull the plastic out of everyday essentials like shampoo, laundry detergent, nut butters and oatmeal. This first-of-its-kind model is a collaboration between Loop and some of the world’s largest companies such as Kroger and UPS.

Here’s how it works: Shop from more than 100 products available online, and your purchases arrive in containers made of sleek metal, plastic and glass (packaged in a special reusable tote, another plus). Once empty, containers are picked up from your door, washed and refilled, creating a closed-loop, “circular” packaging system.

This reusable revolution will soon be shaking up not only your weekly shopping routine, but also your morning coffee run. A company called muuse (formerly revolv.) has gained global buzz by pioneering a large-scale “borrow, use, return” model to tackle the stubborn challenge of disposable coffee cups.

“Most any café you visit will have trashcans overflowing with paper and plastic cups,” says company CFO Forrest Carroll. “We saw an opportunity to replicate the convenience coffee drinkers crave while eliminating the negative impact of that coffee cup sitting in a landfill for 1,000 years.” Working much like bike-share programs, muuse pairs with mobile apps and return stations to allow users to stroll into a café, grab their favorite coffee drink in a reusable cup, then drop it at a convenient return station when finished. While the company has already launched in Asia where the problem is most acute (90% of the plastic found in oceans comes from 10 rivers, eight of which are in Asia), a promising pilot is underway at a top-tier US university. “In just the first week of our pilot program at a US campus, we prevented the disposal of over 4,000 cups through more than 400 unique users,” Carroll says. Choosing to purchase from companies like these that care about their environmental impact can make a huge difference in the long run. Business Insider reported that in 2018, just three months after two of Australia’s largest supermarket chains banned plastic grocery bags, the country slashed its total plastic bag use by 80%. If we work with brands, we can together make the changes necessary to move in a positive direction. As CE’s Editorial Director Alicia wrote in the March/April 2019 issue about her journey to de-plasticize her life, “it is time we stop collectively wondering, Why didn’t anyone do something about this? and realize that somebody is us.”